Where To Learn From Apple?3 min read

Where To Learn From Apple?3 min read

Luckily, Apple is not a new company and faculty at some of the world’s best business schools wrote numerous cases about its ups and downs. In fact, David Yoffie at HBS (who led their Executive Education division for many years) wrote a case on Apple almost every year — starting in 1992–1993 and the most recent one published in June 2018. Even though Yoffie doesn’t teach any open programs we know of, there are other opportunities to learn from Apple case authors.

The Blue Ocean Strategy course at INSEAD is based on the work W. Chan Kim and Renée Mauborgne, who authored a case on Apple “How Apple’s Corporate Strategy Drove High Growth” in 2012 (updated in 2014). The case discusses how “blue ocean strategy” moves helped transform the company. Their book (also updated in 2014), “Blue Ocean Strategy”, also uses Apple as an example of successful implementation of the blue ocean strategy for multi-business firms. Here is one of the illustrations. Did Apple stray from the blue ocean strategy? Was Apply Watch a pioneer? Or we are about to witness the birth of a new pioneer in their portfolio? 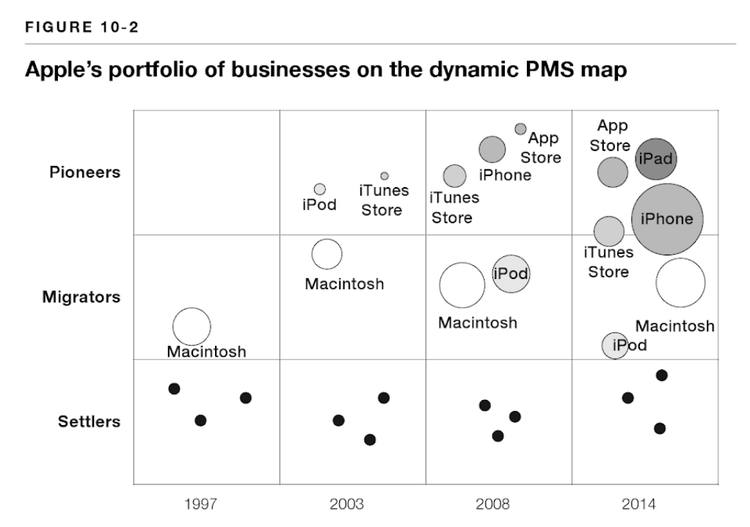 If strategy and X by X matrices are not your thing and you prefer to dig into the numbers, there is another amazing case and a professor whom you can meet in the classroom setting as early as September 2018! 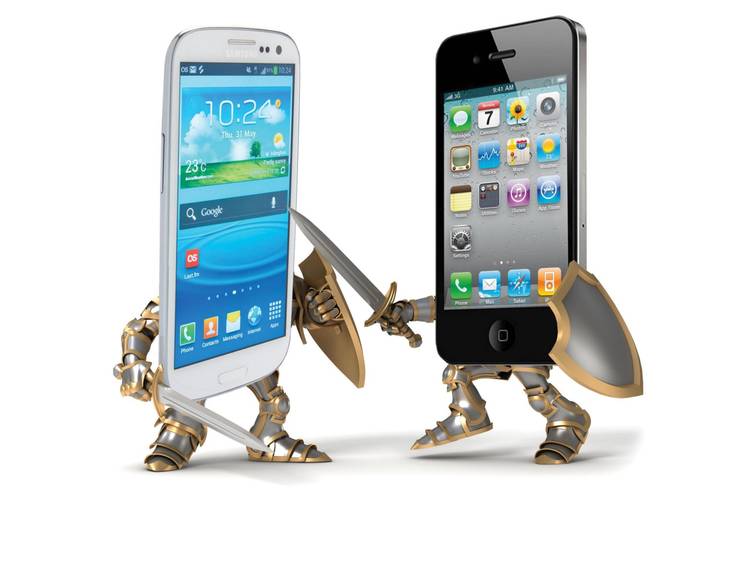 So, remember how Apple sued Samsung for 2 billion dollars for copyright infringement back in 2012? Even though 2 billion might not sound impressive today for a 1-trillion-dollar company, you might wonder how Apple arrived at this number. Well, glad you asked! Because Oded Netzer at Columbia co-authored a case called “Apple vs. Samsung: The $2 Billion Case”. In this case, he discusses how Apple’s expert witnesses used conjoined analysis to assign value to different features and thus ascertain the magnitude of lost revenues. Did they do a good job? (Spoiler alert — the US courts “only” awarded 400MM to Apple). You can ask Prof Netzer in person, if you enroll in his course on “Quantitative Intuition” — an excellent program for those who want to use both their left and right brains in making decisions.

WWSJD or What Would Steve Jobs Do? You can play the role by studying a case by Michael Lenox of Darden, called “Apple Inc.: Wither the Mac?” It’s 2011. Steve Jobs just left. HP announced they are exiting the PC business. Mobile gadgets are becoming ubiquitous. What are you going to do with the Mac? Well, if you want to check if you answer is correct and do it face-to-face with the author — sign up for the 12-day Management Development Program at Darden — this October.

Finally, you can actually take a course titled “Innovate Like Apple: Play Your way to New Ideas With Genius Games” in November. How cool is that? It’s offered by Rady School of Management at UCSD. It’s only one day, but it uses Genius Games created for Apple Computer to help the company’s designers innovate more efficiently. The games were developed in the 1980s by Jill Wright who teaches the course together with Rebecca Johannsen. If that’s not awesome, I don’t know what is 🙂

The 5 worst leadership traits (and how to avoid them)

6 Benefits of Attending an Executive Course in Leadership

Top In-Demand Skills for Executives in 2020